Sound: Although it is a Soundboard, this recording is not very good, it is probably transferred from tapes not in very good condition, then presents the fluctuations of the sound. (source: springsteenlyrics.com/bootlegs/cd1978/7293_infofile.txt)

There must be also a CD Springsteen - Oh Boy from this concert what i read is, that the CD have a better sound. Title: Darkness On The Edge Of Charleston 8/4/78 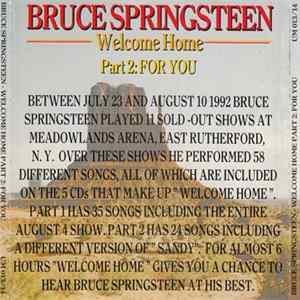