the bens, lee and kweller and i made, wrote, and recorded an ep in a couple of days in 2003. it was liberating because nobody asked us to do it, there was no press, no radio, nothing to promote, no reason. and yet it became a commercial release. it was intended as a tour souvenir for our only tour together.

so i made a series of 3 quickly recorded five song ep's. for sale only on the internet. although they did exist in cd form, available by mail order, they're mostly to be found as mp3's in the ears of happy joggers with "heavy hands" (ask for them by name).

these ep's were called speedgraphic, sunny 16 and super d - followed by a single, a cover of dr. dre's bitches ain't shit. they all did splendidly in the internet world and made me feel more confident in my manhood. it was subtle. but people noticed the difference. i stood up straighter maybe. often i would even glance at my watch as people talked to me, to show them i had more important things to do. i got to tell people that my new internet release took up five spots in the top six billboard (internet, cough) charts. but for that damn beyonce who broke it up coming in at #3.(i'm sure this was the zenith of her career).

had it not been for the internet though, these songs would have probably made up my second solo lp, between suburbs and silverman.

and as time goes on, a part of me that's still stuck in the old school wants a copy i can hold, break, scratch, throw away or use underneath a leg of my coffee table. something that i can't delete, a full length long play record album. as much as i love zamphir, the master of the pan flute, and boxcar willie, i was always disappointed that i couldn't find these records in woolworths. like some of the things i buy on qvc. or movies that go straight to video. one wants the validation of being sanctioned by the man. to BE somebody. to be in THE STORE!

so i went back and dotted t's and crossed i's, got my man michael brauer to mix that shit and make it sound pretty. in some cases we chose a few alternate takes, overdubs etc. in hindsight there were some missed moments on the original mixes, having been made so quickly for the internet. so these recordings might stand up a little taller now. they might not. but it's a record now goddamn it and so i can move the hell on. 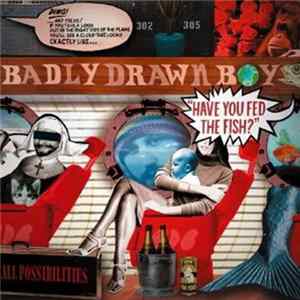